Time for a Change

It started over a year ago—no haircuts for anyone. Then the time came when haircuts seemed okay. At that point, our son Elliot's hair was pretty long. Longer than it ever had been. It was at a point where he felt like he wanted to see how far he could go with it and how long he could stand it.
He lasted a really long time.
Then last week, he said, "What do you think of a man-bun?"
I was thrilled with the idea. We started talking about possible styles that might work.
He experimented and came to a decision to keep the top long and the rest super short. It would be much more comfortable, but he could keep growing out the top if he wanted to. A man-bun could be achieved too—worth a try.
Below are his before photo and several after photos. He loves it. I love it. We all love it! 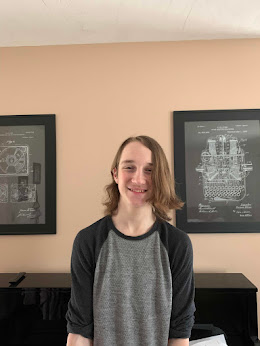 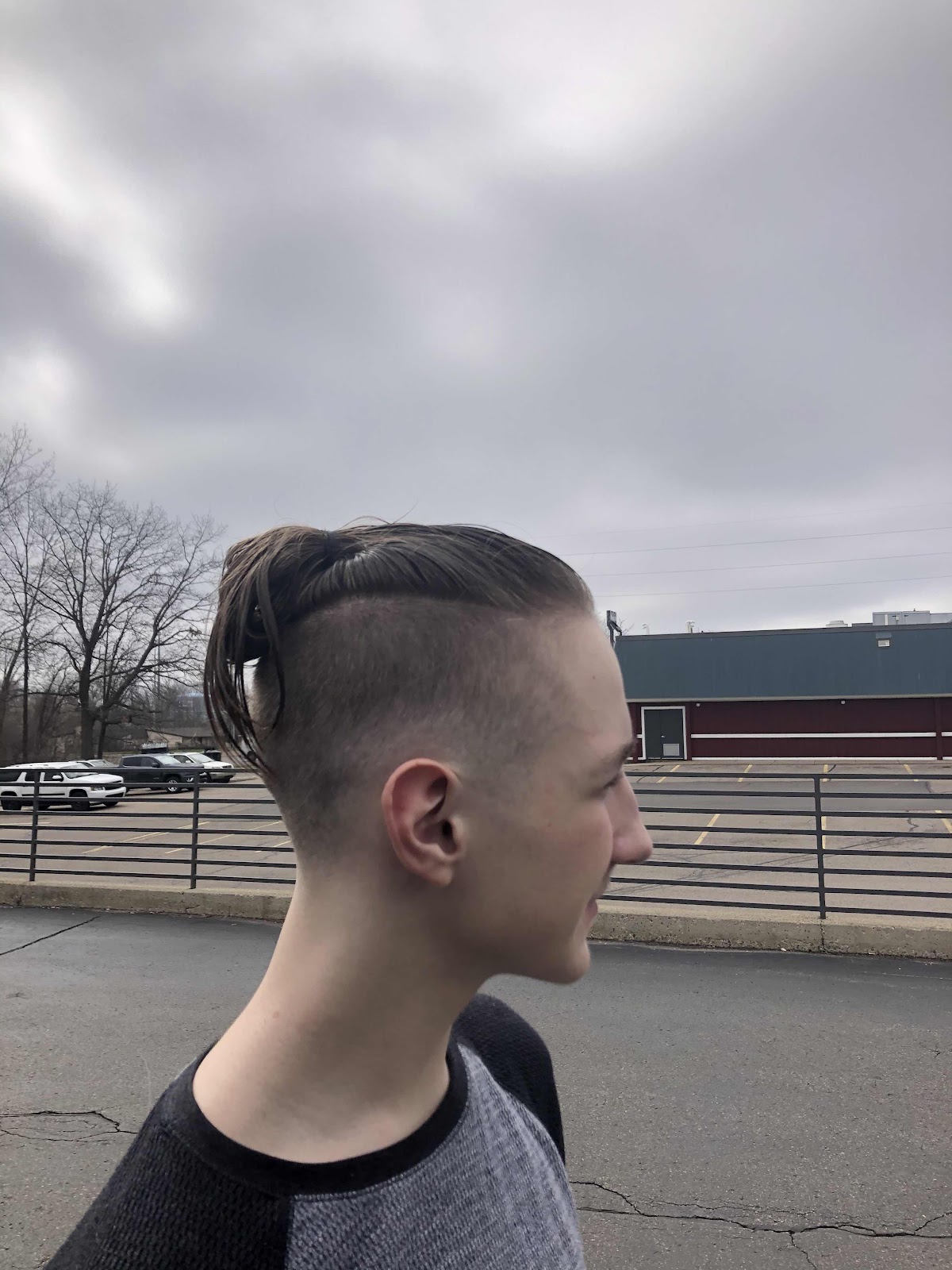 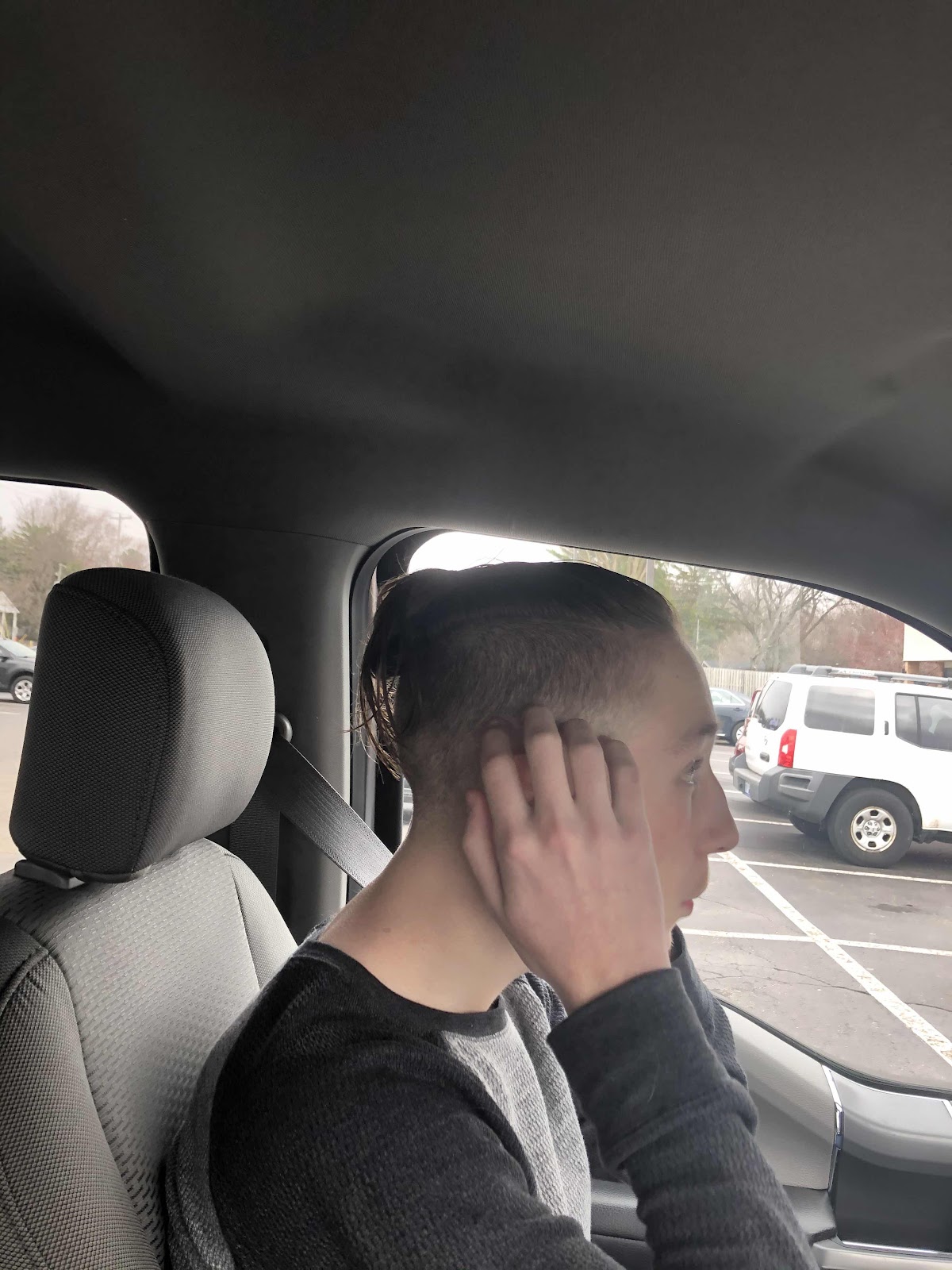 This one is my favorite. He looks so surprised. 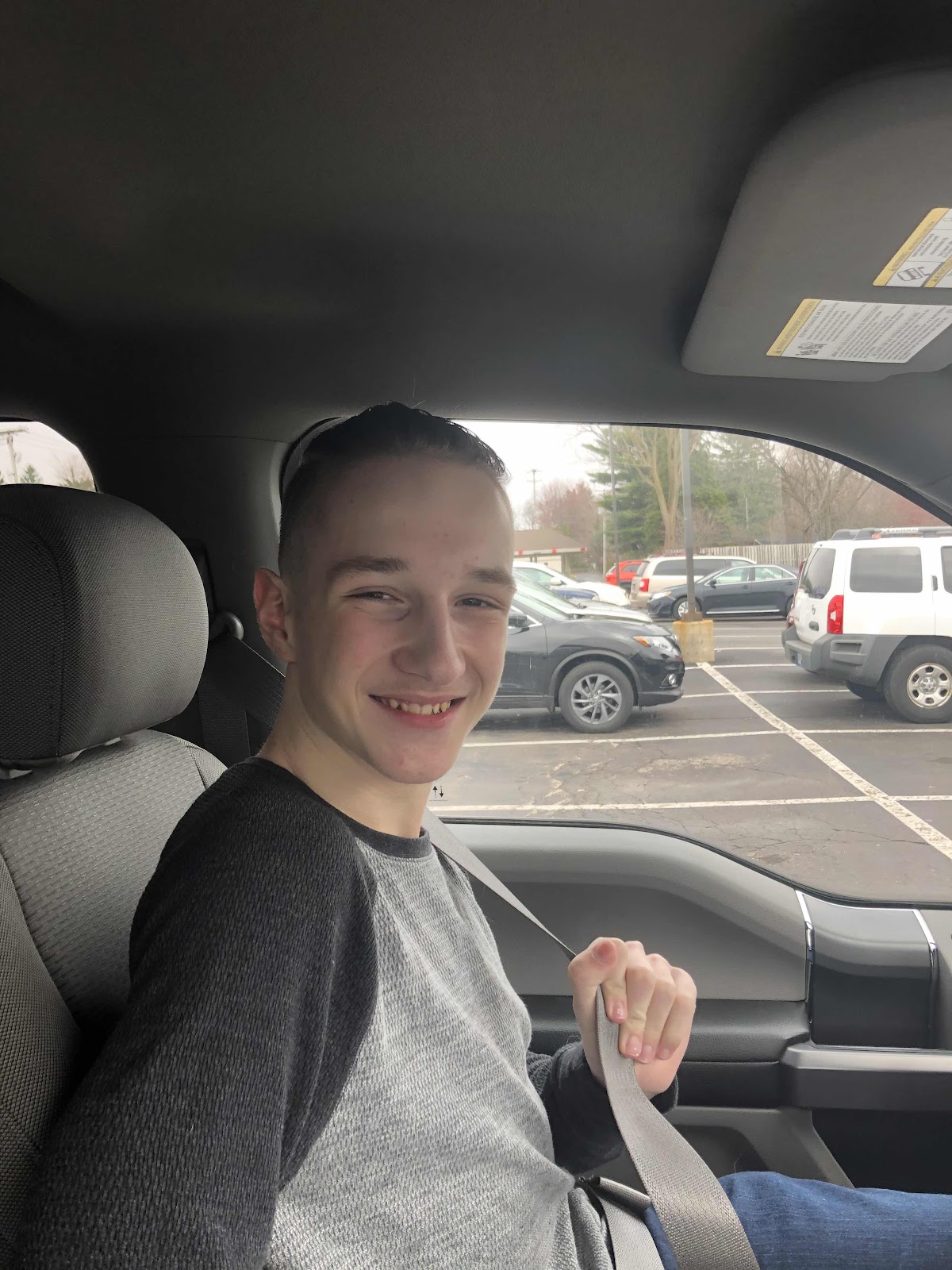 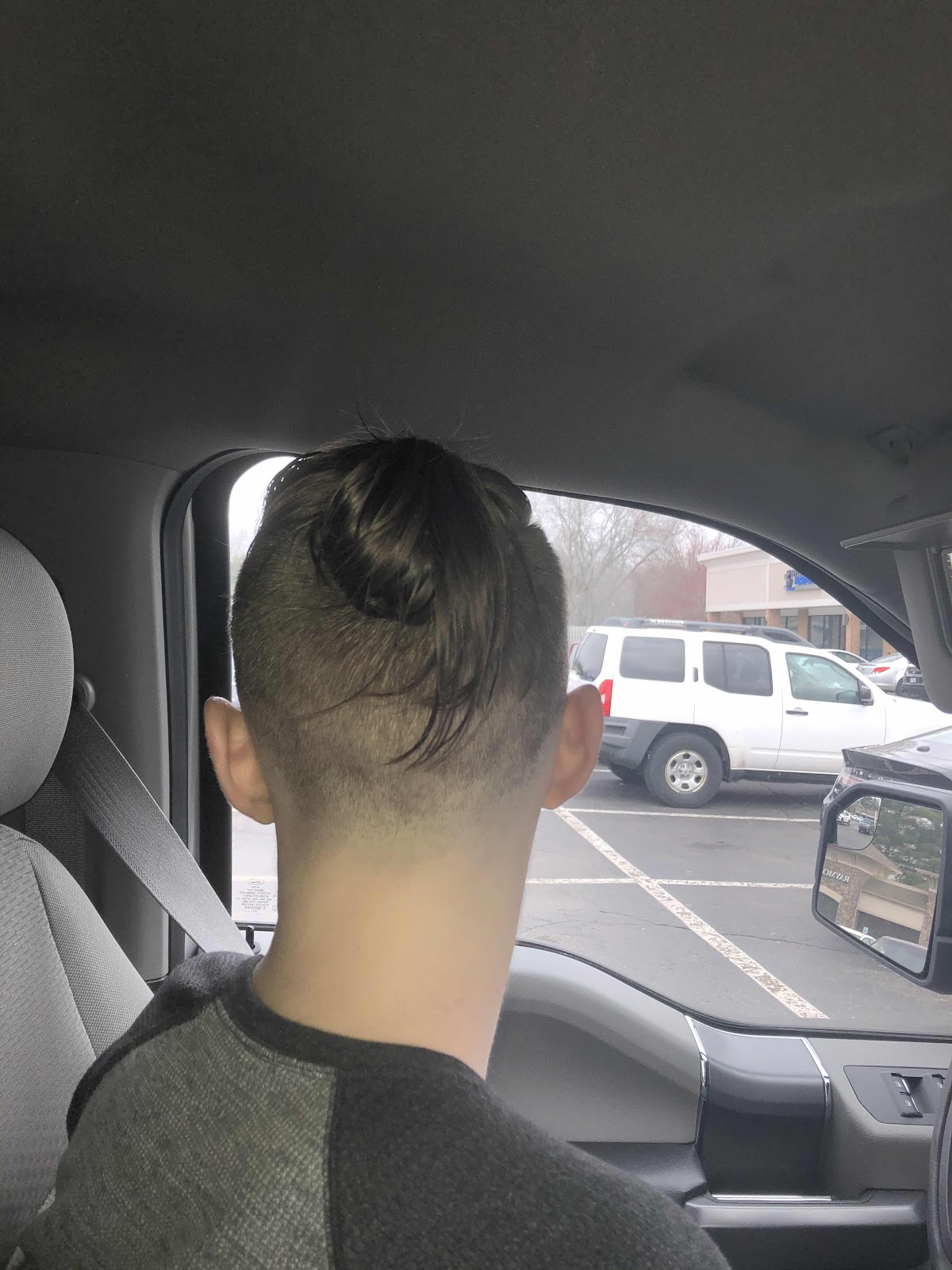