My Daughter Got Me

Yesterday I was suspicious. Everyone in the house seemed to be IN on something that I was not aware of.

Are they surprising me with something?
Will I scream?
Will I be mad? A joke, gone wrong.

I should trust them a bit more, but I think the current situation has me rattled, and I assumed something was going on that would end badly.

It continued, my husband, reassured me, "Don't worry, she's just being creative."

It was my daughter. She was behind this and acting strangely, running back and forth in the house. I was working on my computer at the time and distracted.

"Three o'clock, movie time."
We were getting ready to watch Forrest Gump, settling into the couch and chairs downstairs.

About two-thirds of the way into the movie, I realized my planned side dish for dinner, South Korean Slaw was not mixed together yet.

"I'll be right back, I promise. I just forgot to do something."

I ran upstairs, grabbing all my prepped ingredients and whisked up my red sauce to pour over everything. As I was scrambling to put everything away, something caught my eye. On the maple syrup jug, there was a face. The face was Jin, a member of the South Korean Pop group, BTS, my daughter's FAVORITE music group for three years strong.
I giggled, then realized there were more. Several actually in the fridge. I started to laugh, loudly. I started looking around, realizing they were everywhere.
Everywhere in my house, Jin's face, including all of the family photos--every face covered with his. I couldn't control myself, tears were streaming from laughter.

Light switches, wall art, the thermostat, she put him everywhere.

At this point, everyone is coming upstairs--"Go outside, mom."
I walk outside, on our front window, looking out, there were life-size faces of all the members of BTS. I lose it, this is too much.

Today, the faces are still everywhere. Each time I see a new one, I laugh. It's good laughter. She may use all our toner this month, but we are cracking up, and that is worth it. 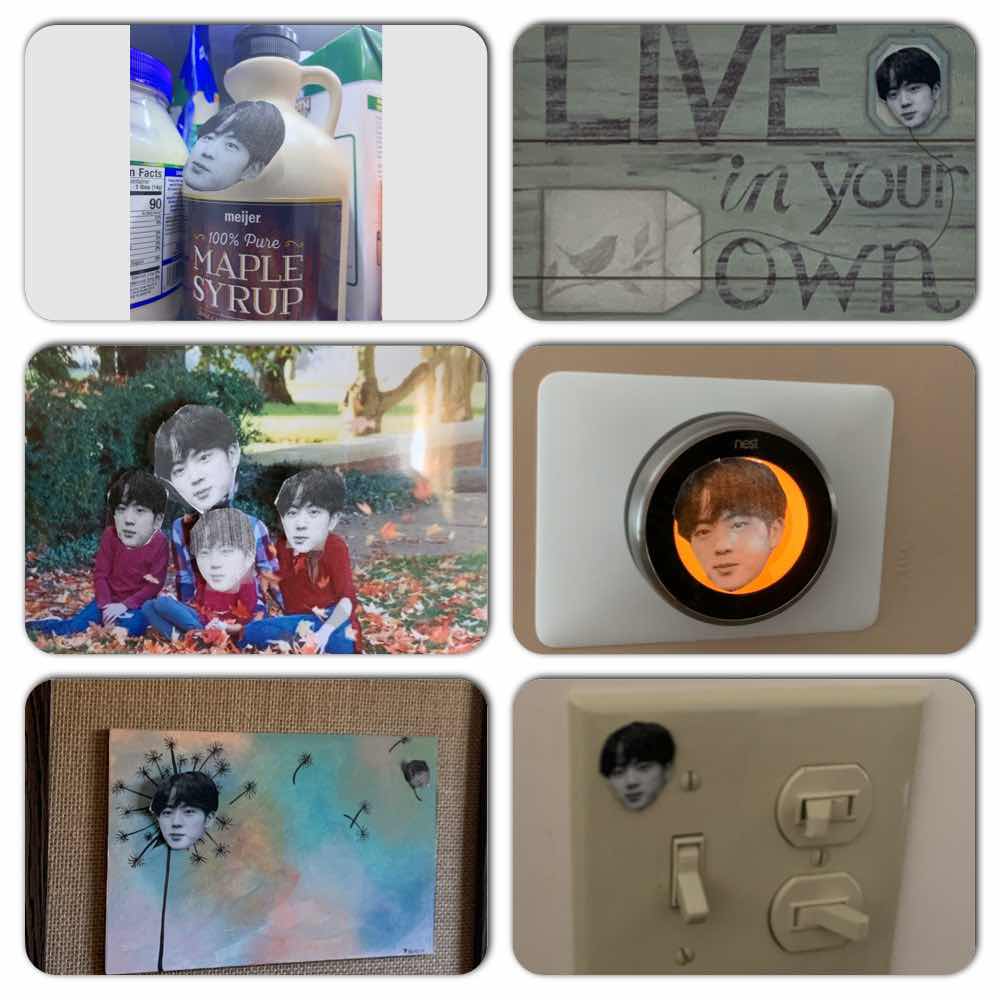 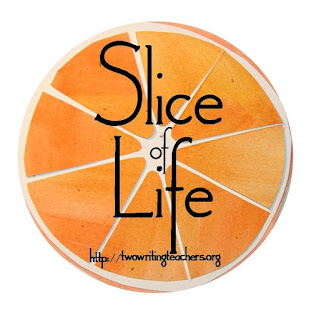